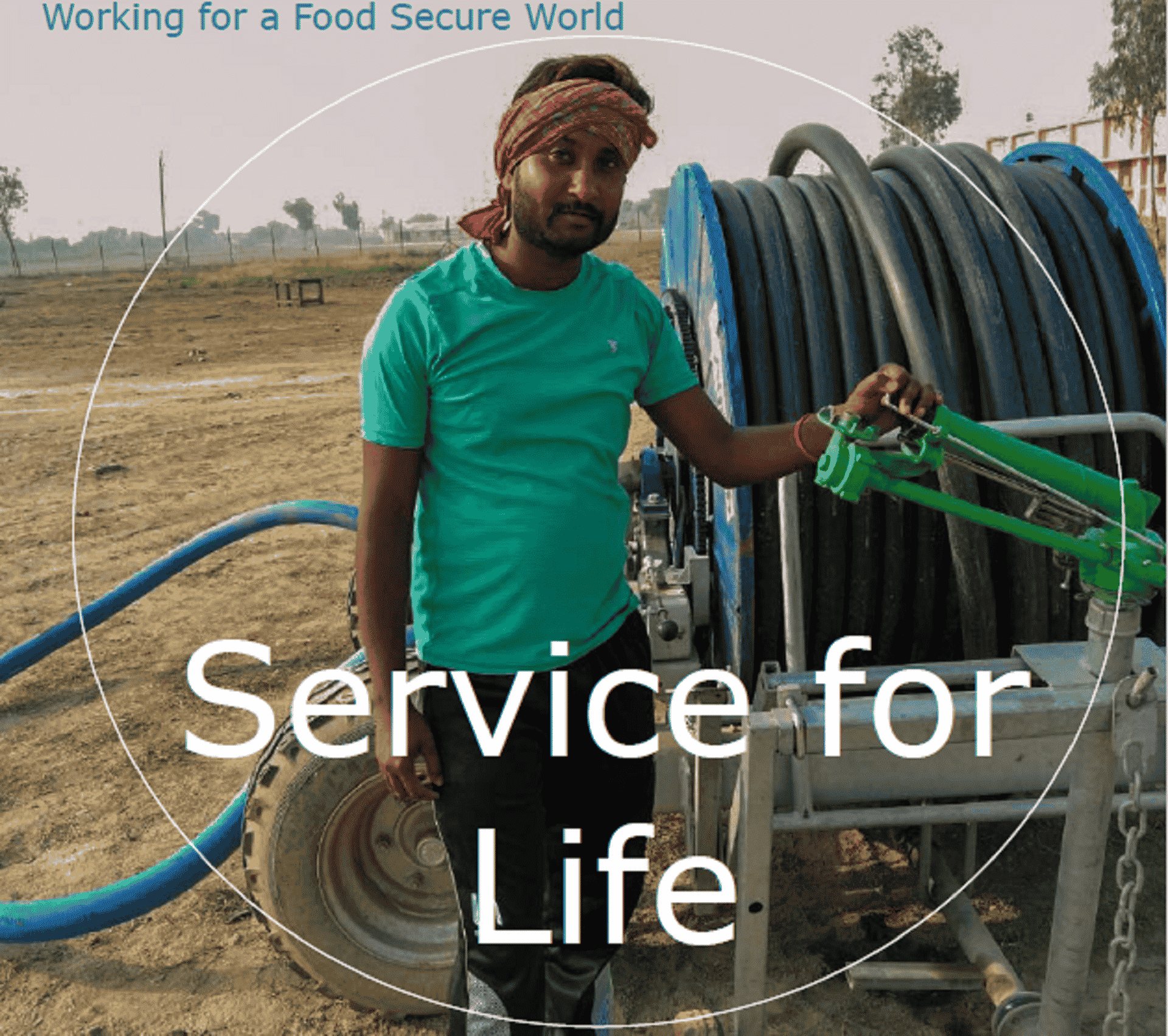 Regulated deficit irrigation can be used for enhancing water use efficiency as well as enhancing crop productivity per unit of irrigation water applied especially in drought prone areas. However, this approach requires precise knowledge of crop response to water as drought tolerance varies considerably by species, cultivar and stage of growth. (Deficit Irrigation Practices, FAO, 1996).
There is scope for introducing the “hose reel irrigation system” as an innovative custom-hirable service model which can be owned and operated by an agri-entrepreneur but delivered to end users (farmers) who wish to irrigate their fields as a service for a cost.
A prototype of a tractor drawn hose reel irrigation service model using water tankers (by hauling water from available sources in the immediate vicinity of crop fields and deployment on target crops by agri-entreprenuers) has been developed by Wageningen Environment Research and an irrigation company as a collaborative project called India Water Initiative undertaken between 2014-2016.
Through project AIMS, the consortium intends to achieve the following objectives:
– Scientifically verify and quantify the socio-economic benefits and return on investment of the developed prototype of custom hireable irrigation service model to target stakeholders (agri-entrepreneurs and farmers) by conducting field experiments in groundnut crop of Anantapur district in India.
– Scientific validation of efficiency and efficiency of micronutrient application in combination with deficit irrigation to prove its efficiency in enhancing crop productivity